I've only gotten to know Donny Dunne over the last few years since I first approached him downtown and asked to take his portrait. I'd seen him around before but never had any contact with him until then. Of the one thousand or so people I've photographed downtown he was one of my favorites but it didn't start out that way. I was hesitant at first to ask him and as you can tell by the first portrait I took of him he wasn't sure what to think of it either!. After our first "photo session" he would light right up whenever he seen me coming along with my camera. I used to watch for his reaction as I approached, it used to make me laugh! We both had fun doing this!

I began to go downtown to photograph people 8 years ago and the reasons for doing so did change over the years but one thing I wanted to do was to take a "nice" portrait of the regulars. I wanted to take portraits they would be proud of and in most cases I gave them copies, I believe I gave Donnie 3. 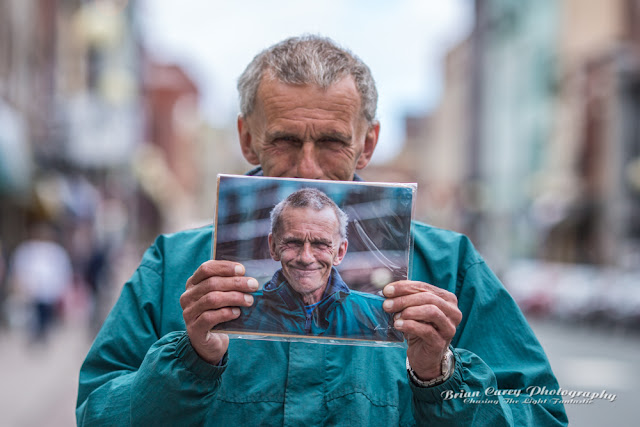 I've been reading some comments on social media, one person called him a "misunderstood soul", I think that puts him in some perspective. I've asked some of the people who's comments I read if I can use them here and here they are ... 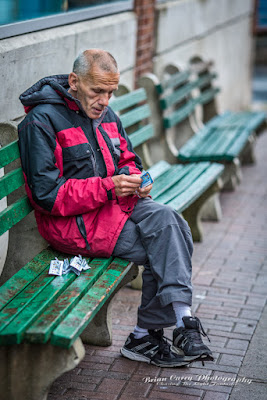 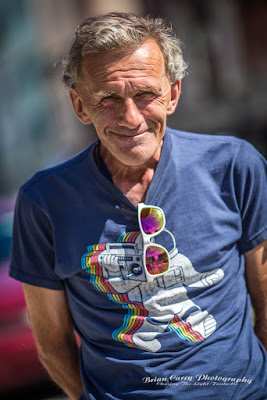 "Being a mom of two young girls I always told them to never talk to strangers but one day after getting on the bus to Da Pearl Lord and Behold who did I talk to but Donnie. My youngest daughter asked Mom why are you talking to that man? Do you know him? My answer was oh yes, everyone knows Donnie Dunne. So as my daughters grew up they would meet Donnie around and always say hello to him. Yesterday I got a message from my oldest daughter telling me that Donnie Dunne had passed. Yes he was a very kind soul and he never ever passed me without a chat as well. RIP Donnie thank you for being a friend".

Tony Hann:
"I remember Donnie from my time managing a record store at Sobey's Square. Donnie was a fixture there and always dropping by for a chat. When I left every time I saw him he would stop and chat. Quite the character for sure. RIP Donnie...you are a good old soul". :-( 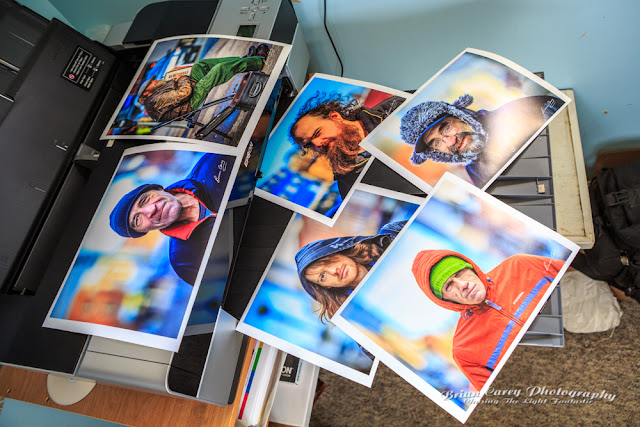 Vicki Stapleton:
"I bet he had no idea how highly ppl thought of him...the last time I seen him which was last week, he told me how much he missed me over Christmas holidays...now it's my turn to miss seeing him at dooleys and buying him a tea or Pepsi  :) gonna miss you buddy rest in peace"! 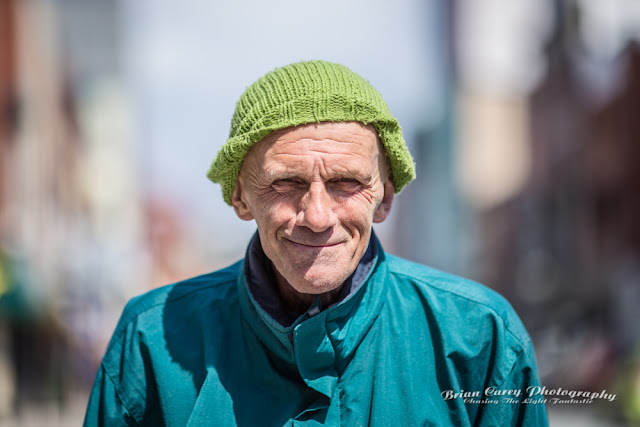 Mark Gruchy:
"This is so sad.
The first time I met Donnie, I was a kid around 8 years old playing video games at the old games arcade in Sobey's Square. That was 30 years ago.
I heard a voice, looked to my left, and saw a grown man very engrossed in my game. He spoke to me just like my friends would.
I didn't know what to think. I thought I was being confronted with "the stranger" my parents always warned me about. :) But... I wasn't. I realized quickly he was for real. He was just being himself. That was who Donnie was.
For years I would see Donnie at that games arcade. He would always be the same. Years passed. I got older. Then we hit the phase where Donnie was looking after the cafeteria in Sobey's Square. I recall one night, when I was very depressed and chain smoking away. I had walked out of a movie because I was having an anxiety attack. I felt absolutely and utterly horrible. I was a far cry from who I was when I was 8.
Donnie chased off some kids who were causing some trouble... I recall them hitting a light... and then apologized to me for my enjoyment of the cafeteria being interfered with. I was the only person there... except now I was an "adult" and Donnie was trying to be respectful to me for some reason after all those years of watching me play video games. I didn't even really notice those kids. Yet... he was so concerned I enjoy the cafeteria. He was very serious about it.
He never forgot me for some reason. Every time I would see him or pass him wherever he was he would speak to me as if he knew me all to pieces. Just quickly and in passing. I would pass him in the mall and he would look at me as I passed and say how's it going or something like that. It happened time after time. He always picked me out of a crowd and acknowledged me... after first meeting me as a small child. He looked at me exactly the same way.
I started to gauge my own age by Donnie's. I noticed how he was getting older every time I saw him. Inevitably, I would end up looking in a mirror at some point later and realize I was getting older.
I truly believe this man sincerely meant no harm and simply tried his best to be a part of his community. He did it very well. To sincerely mean no harm is about as high a praise I can give to anyone. It's near as good as we can be.
I remain amazed and touched he never forgot who I was. There must have been something he noticed when I was a kid talking to him about video games. It is so far away now I do not even remember what it could have been. I remember talking to him just like I would anyone playing games. I more or less thought of him as another kid in the arcade.
But he never forgot me. He knew me somehow after all that time.
I don't even know if he knew my name. I knew his.
Rest in Peace Donnie". 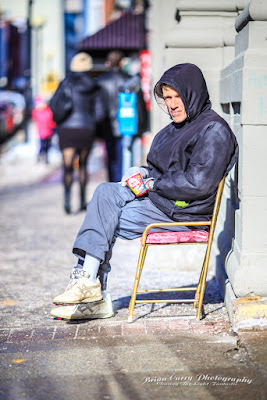 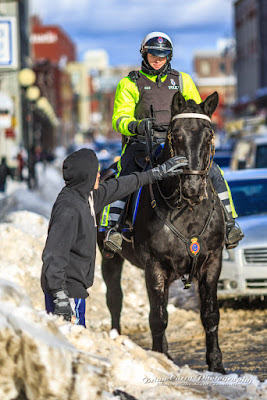 Lynda Meades:
"Donnie was a gentle giant. He hung out a lot at the Marie's Mini Mart on the intersection of Park Avenue and Topsail Road. I can guarantee you that if Donnie Dunne was there, no skeet would try an rob it". 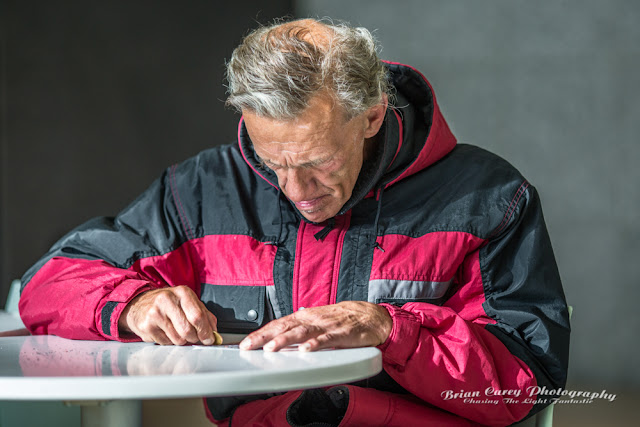 From Tina Dunne (his niece):
"...Donnie always lived with his mom Elizabeth until he got a taste of being on his own. His mom was the most important person in his life as his dad passed when Donnie was just a boy himself. His mom never had to lift a finger to clean or cook Donnie looked after her very well. He would wash the floors for her ... he was a good hearted man with a lot of love for his family. He didn't expect nothing in return he was happy to help anyone he could help." 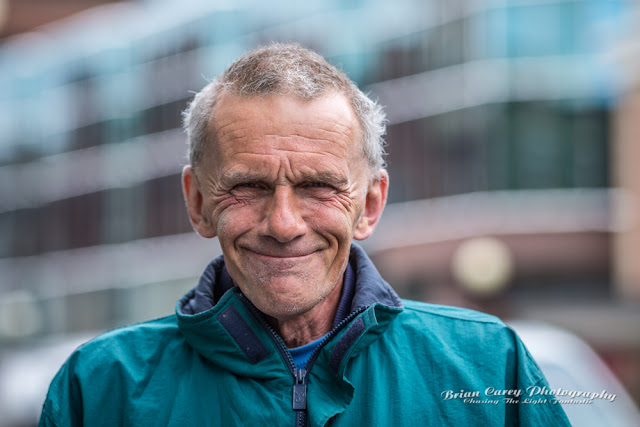 Donnie had the greatest smile. It was honest, warm and sincere. In the short time I knew him he warmed up to me and that smile seemed to get bigger and bigger. In the spring of 2014 I had to write a blog post about it. In the last few days I've noticed from being in touch with some of his family and friends he did have a lot of people who thought very highly of him!

This Friday evening (Jan 20, 2017) at Dooly's, 354 Water St,  there will be a fundraiser to help pay for Donnies funeral expenses. It will consist of a 50/50 draw, a donation box and there will be a draw on a print I've donated. Any additional proceeds will be donated to the Wiseman Centre where Donny spent his last days! 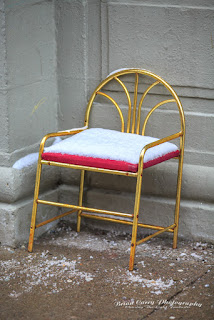 Posted by Brian Carey Photography at 3:32 PM No comments: