The Adventures of Father FuckHead

I've been downtown photographing people from all walks of life for about 12 years now, the number of people last time I checked was over one thousand. Over that time my approach has changed. Initially I started out with the intent of capturing the character of the place and the people who go there. I had recently seen some similar photos taken downtown when I was a boy which I loved and I wanted to continue that. However eventually it evolved into doing street portraits. These days I like to go from one idea to the other depending on what's going on at the time.  I find they both have something to say and have a purpose.

A few years ago I was at a buddies house having a coffee and he asked me "of all the people you've photographed downtown over the years how many have caused you problems or given you any grief". At the time the number was around 500 but the amazing thing was, upon reflection I couldn't think of 5. Actually I could only think of 4 and they could be chalked up mostly to the person having a substance abuse or mental health issue. Social issues I have some understanding of and a lot of sympathy for. Imagine that less than 1%! 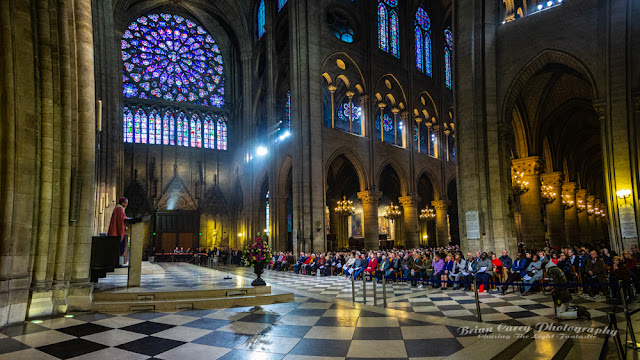 And then along came Father FuckHead! "

"Are you the guy who's been taking photos of "Cathy" and posting them on the internet? She said she doesn't want her father to see them". I knew who he was talking about, she had asked me before to remove it and I did. The photo I had added to my Chasing The Light Fantastic website was very nice and respectful and it was in among some local celebrities and others. I should say when I asked her before she had no problem with it.

I had to ask  Father FuckHead "how much did you give her" and got no answer. Over this time I've gotten to know many of the people downtown and I know "Cathy" always laid it on deep. On several occasions over the years, so her story goes, she would tell people her father just died, other times the kids were home with nothing to eat. She's gotten me with both! Most times she'd lay this on a passerby she would often get handed a 5 or 10.

To put this all in perspective most of the panhandlers I've gotten to know are suffering from substance abuse or mental health issues.Some are just down on their luck and their life is in the dumps. Others have had an abusive childhood and were never able to put their lives together! They are sincere and often the kindest, sweetest people so lets not forget that.

The funny thing about this is that I don't know if it was my picture he was talking about. Other photographers go downtown taking photos and when I spoke to him I realized he knew nothing about me or my work, had never seen any of it or was even aware of it. Despite this he was very aggressive and confrontational and I decided to ask him a few questions of my own. I asked him, "you don't mind taking young children into a building with a dead man hanging on the wall"? "You don't mind telling children they are sinners and if they don't do what they are told they will burn in hell"? I'm amazed that after playing these morbid psychological games with these children we don't have more psychopaths in the world. There will come a time when this will be looked upon as child abuse.

Oh and there's the historic child molestation problem that neither the the Pope, clergy or Jesus wants to deal with. And catholics don't seen to want to deal with it either. Imagine if they all stayed away from church how fast this problem would be dealt with. But they are someones elses children. Usually from poor and broken families, so fuck them eh!

For some people the moral high-road is the road less travelled!

Posted by Brian Carey Photography at 4:11 PM No comments: