I can't say I knew Harry well or even knew him at all. We only had one meeting back in January 2015 when I came across him downtown. I had been out doing my street portraits and as he approached I knew I had to ask him if I could take his portrait; such character in that face and such an amazing smile. I took several portraits of him and our meeting lasted only a few minutes. I offered to give him a small print as I usually do but he declined. I think he refused because he thought he might be putting me out. Such a kind and gentle fellow he was!

Like I said I hardly knew him so I will let others use their voice...

"We were looking for him Christmas this year, but didn't see him. We would bring him soup and Coffee (large with 4 cream and 6 sugar!!) He looked for the bread in the bag so he could feed the pigeons. He told us the names of those birds and he had a favourite one too. We always called him Hopedale Harry. Sweet gentle man. RIP Hopedale Harry xo" - Kim Kelly

"Many many moons ago my grandparents found this young boy outside their shop. They took this boy in and raised him as one of their own. His name was Harry. Harry was my grandfathers sidekick, my other cousin, and a very familiar face downtown. His smile will be greatly missed but I’m sure Pop is happy to see it again". - Miranda Squires 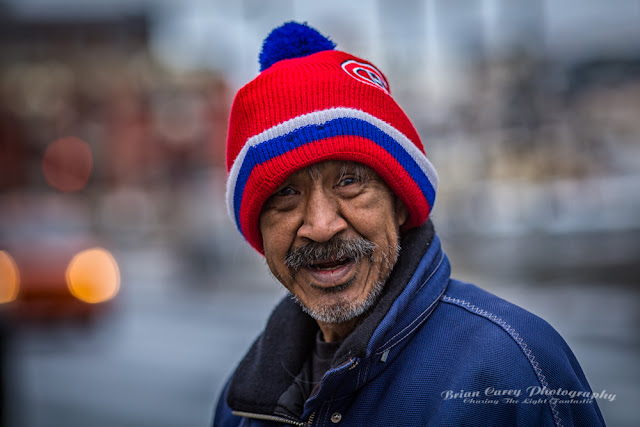 "I always spoke to him at Tim Hortons on Harvey Rd. He was always smiling and always stopped in there for his coffee, even the staff there knew him well. He will be sadly missed". - Jennifer Gail Peddle

"I knew Harry as a patient for many years. Never was there a less demanding, more pleasant man. He was always working at something. His life with the Squires was so happy and he truly belonged. He never looked any different over the years so it’s a shock to learn he’s gone from us. I hope his last years were happy and knowing the Squires family, I suspect they were. RIP.....a true gent" - Dr Steve Walker .

"my oh my...i remember many years ago Harry and another fellow made the news. There was a purse snatching from an old lady. Harry and the other fellow chased the guy down and got the ladies purse back...i could be mistaken but i think they held the bad guy until police got there". - Mary Taylor 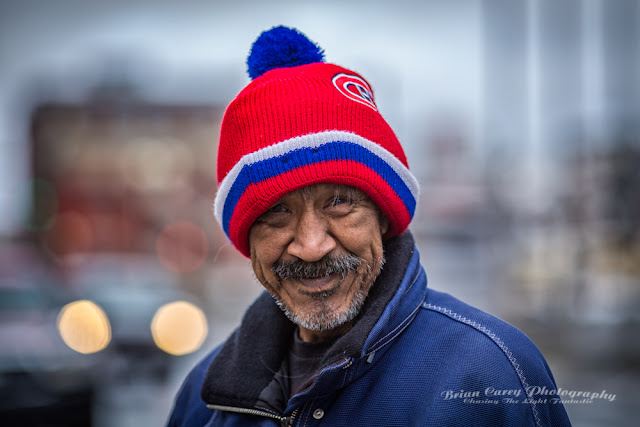 "What Mike and Bel did for this man is indescribable. He was their son.Certainly treated as such.To all the SQUIRES family especially Ms.Isabel .I send thoughts ,prayers and much love.Your family has shown that it isn't always blood,but certainly is kindness, patience and love that is family. Rest peacefully Harry.God Bless.Deb XOXO" - Deborah Tapper

"Harry was always considered to be all of the Squires’s oldest cousin.  As I said, I knew Harry over 35 years. It is unbelievable how many hearts Harry touched.  You shared the picture you took of Harry a few weeks ago. Since then I’ve been following your photos on Facebook. You are doing an awesome job.  Take Care"! - Alison MacKenzie

"It was the first business day after New Year's and I was at the bottle depot. Bad idea because it was so busy on account of the holidays and Harry was in line ahead of me. His demeanor and sense of humor about everything was so pleasant that I found myself just watching him the whole time and not even worrying about getting out of the noisy smelly place. Here I am calling myself an "entertainer" and this guy does it without even trying! May he rest in peace". - Gary Mills

You can see more of my street portraits on my Chasing the Light Fantastic website.