Getting a Bad Rap

I don't usually post something from my professional work on this blog but this work had a personal aspect to it and I had an experience I'd like to share!

I don't photograph many Rap  or Hip Hop artists, I'm not a fan of the music. I had offers in the past but turned them down but last August I had an offer and decided to follow through with it. I do enjoy photographing performers and working in the theater. I enjoy the challenge of the lighting and the opportunity to produce great images for my client. So I took this job and I got to say I came away appreciating the music and having a good experience at the same time.


I had to photograph some of the other things going on before the main show but my primary job was to photograph Canadian Rap star Jazz Cartier at the Rock House in St John's for New York based Media company VP+C. I was amazed with the energy during the performance but that's not what this post is about. The place was packed and it was very hard to get around. I had two cameras hanging from me and a monopod close by. I tried to move around to get the best shots I could and on a couple of occasions people were kind enough to step out of their prime location and let me in front of them to get what I needed. Even though the place was rockin' and everyone was dancing to the beat there was a young woman who waved for me to go in front of her on two occasions and another time a young man did the same. Rap music often has a bad rap of being anti-social and aggressive and I guess you might think it's fans are the same but my experience was otherwise.

I didn't get a chance to properly thank these two young people or buy them a thank you beer but I really did appreciate it. My opinion of both the music and it's fans has sure changed! 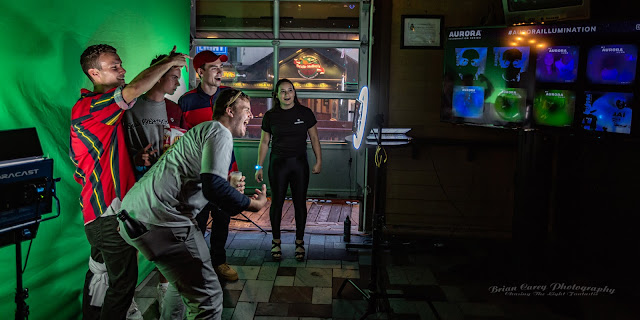